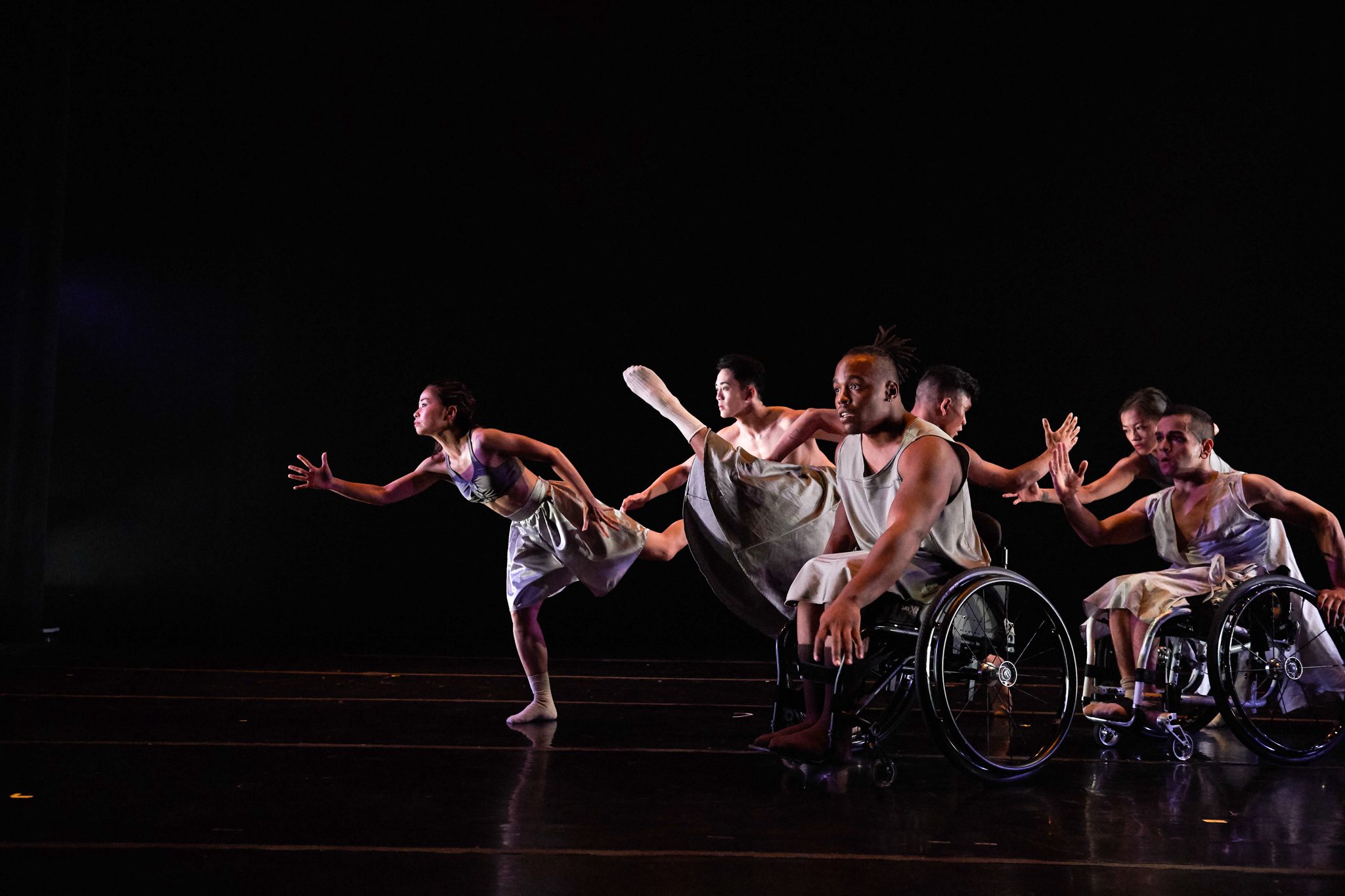 Robin Dekkers’ Flutter—which has been noted for its music being something dancers dance against rather than with, was originally staged for Post:Ballet with an all-female cast, an all-male cast, and then a mixed-gender cast; the work has been refocused by Dekkers through the lens of physically integrated dance as a way of highlighting the skills of the individual AXIS dancers as well as how they come together as a cohesive company.